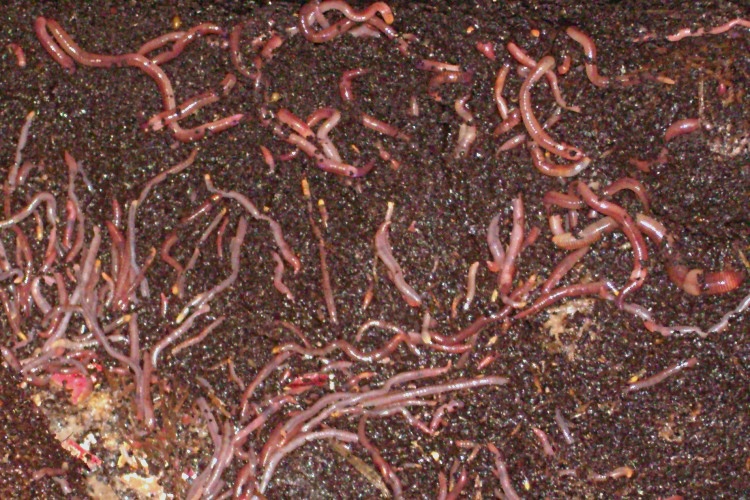 It was sort of an odd day today ... the traffic has picked up at the ING Cafe and so I've gone back to picking up the espresso grounds from over there twice a week instead of just on Friday (last Friday they had a nearly full 5-gal bucket for us!), so Ed and I did that stuff today instead of our usual Friday run. I shot some more video (starting a couple of more "Will They EAT It?" episodes, since all but one of the first five have been resolved), but haven't had a chance to edit that into final episodes as yet.

One of the other things that made today odd was that Ed, working on some inexplicable weather prognostication (do they report Chicago as being colder than it is downstate?), had been working on the assumption that it was going to be bitterly cold today, and so asked me to get a ZipCar for us to run down to The Plant. Fortunately (given that it was pretty mild today), we also had some other reasonable justifications for having the car, like having a nearly full bin of grounds, and a bunch of other stuff we were schlepping down there. I do have to admit it was a lot faster than the combination of the Red Line and the #47 bus (20-25 minutes vs. 45-60 minutes). We also swung by Home Depot to pick up more bins so that he'll be able to start splitting bins this week. As you can see from the pic over there ===> the worms are getting pretty thick in some of these, so we can take half out into a new bin (with fresh newspaper, cardboard, excelsior, burlap, and food) and they'll double up again (that's the encouraging things about worms ... they reproduce like crazy when in a good environment).

We tacked on an extra half hour on the rental and I was able to run him back up to the north side for a couple of meetings he had set up, including one with a t-shirt printer that's likely going to start cranking out swag for the business. We're doing a big event down at The Plant on March 1st, and are trying to get all these various promo thing lined up by then. If things go right, we might actually be making some money on this fairly soon ... which would be good ... I could live with being the Propaganda Minister for the New Worm Order!

Oh, if you haven't moseyed over to the new Paganics.com site (that I was talking about on Sunday), do have a look. I just re-did the Videos sections to catch up on all the stuff we currently have, and added a few bells and whistles as well. It's still very much a "work in progress", but we'll be adding stuff as quickly as we can. I suspect our next thing will be building out the "Store" there ... just in case you felt a need to order some worms!