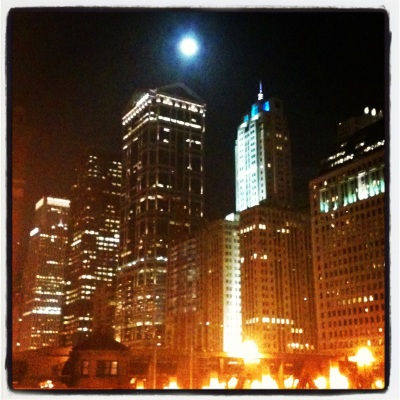 OK, mea culpa, I've been posting stuff all over the place and it's not been here. I'm spoiled by those NaBloPoMo months ... if I'm not trying to make a daily post, it just doesn't come up! Yeah, I feel horrible about it ... no, really. Anyway, this first bit is something I just spewed out over on Facebook, so it's "fresh", if "borrowed":

Whew ... another two hours on the radio (http://www.blogtalkradio.com/witchschool/2013/03/04/ptrn-presents-variety-show-pagan-science-radio) ... odd how simply blithering into a mic can drain you. It was a bit different tonight, as we had a guest on for the whole hour of the Variety Show, and then only got ONE call for what was supposed to be "open lines" on the Science Show.

Ed's "six degrees of separation" challenge for Alan and me got us a bit off-track ... usually we can pin these down fairly quickly, but tonight's "target" was Madame Blavatsky and I was stumped (I think I do have a "path" there, but I've not been able to recall it, and Alan had a stray encounter with a relative of Aleister Crowley as the only thing he was able to come up with) ... but that got me into talking about the little-known 3rd volume of Blavatsky's "The Secret Doctrine" ... or at least it was very little known back in 1996 when I excerpted it for an issue of my old "The Terminal Journal" mag. Back then only the folks at PotO (now poto.com) had it, in a very basic facsimile edition of the 1910 version. As we were talking I was doing some research, and over the intervening years about SIX editions have come out, and free versions are up at http://books.google.com/books/about/The_Secret_Doctrine.html?id=JQAMAAAAIAAJ (a scan of the 1910 version) and http://www.theosophical.ca/books/SecretDoctrine,The_HPBlavatsky.pdf (a set-for-pdf version by the Theosophical Society of Canada).

I realize that I've not been flogging for the radio shows much at all, but I do two of them over on Blog Talk Radio every Sunday night ... I'm a "permanent guest" on the first one (from 9-10pm), and then a "panel member" on the second one (from 10-11pm, and usually a bit beyond). I kind of fell into this, having been a "media coach" of sorts for The Young Witches project, and would come on if things got slow on the radio show we had as part of that (I described myself as "the monkey on a tricycle" to liven things up), and eventually grew into being a regular element, that carried over when The Young Witches got replaced by the Variety Show. Eventually the following slot got changed to a science-themed gig, and I got tabbed to be a part of that team.

I had been on the radio all the way through college (and had even studied broadcasting over two full-time summer intensives at Northwestern's School of Speech), and had initially thought I might end up doing that professionally. It's certainly something that I enjoy, and it's cool that it's so easy to do these days with services like Blog Talk Radio (seriously, all you need to do is set up a free account and you can do your own show!).

The other thing is news from the "Evening with the Worms" that we did for Paganics/Nature's Little Recyclers down at The Plant on Friday. As I've mentioned, I'm co-authoring a new blog on Chicago Now, Green Tech Chicago, and I shot some video on Friday night for that. The most recent post (yesterday) featured John Edel, Executive Director at The Plant, doing a welcoming talk to the attendees. I've got some more raw footage for another spot, but that's going to take me a couple of days to get processed (this was pretty much one shot, that one I'm going to have to be stripping out the audio from the main interview and making .wav files to overlay on insert video bits before that's good to go).

Speaking of blogs, I actually did an update to The Job Stalker, which has sort of fallen back into my lap until I can find a new replacement writer to replace the replacement that I thought was in place. Do you miss my "data dumps" of those in here? Eh, didn't think so.

Oh, and I also did a lot of driving this week ... had to go downstate to Decatur to pick up "worm viewers" that a group from St. Louis was putting together for us, then had a car all day on Friday for running stuff around from the northwest side to the south side, etc. I'm going to be repeating the long drive next week as well, as I have to run Daughter #1 down to Champaign/Urbana for a college visit thing (not that she's unfamiliar with the campus, having been there for the Girls Achieving in Math, Engineering, and Science program each of the past two summers). Strange days ("strange days indeed -- most peculiar, mama").

{edit} OOPS! If that pic looks familiar, it's from the same time that I shot that Vine that I'd put up in my last post! I was digging through recent pics and that was the "most interesting" thing I had from the past week or so ... sorry for the semi-repeat.