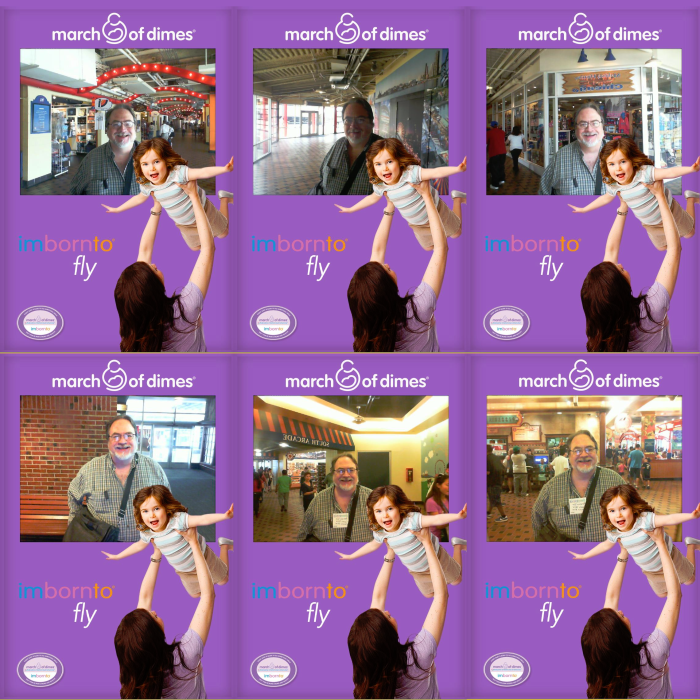 This weekend Ed Hubbard and I put on our "press" hats and headed down to Navy Pier for the Chicago permutation of the wandering Green Festival to shoot some interviews for the Green Tech Chicago blog.

Now, Navy Pier, like several other Tourist destinations around town (I ran into some of these when down at McCormick Place for the WINDPOWER show a week or so back). has these odd kiosks that will take your picture and let you shoot it off in an email (or put it up on Facebook, or send it to Walgreens for a print, etc.). Since I'm almost always on the back end of the camera, I find the opportunity to have my picture taken strangely amusing ... made only more so by the totally impersonal automated nature of these photo things.

One factor that I (obviously) was not "clear on the concept" about was that these pictures would be framed with a commercial (well, non-profit) message, involving a small child egregiously PHOTOBOMBING me! Had there been any preview involved (although, when I think about it, it seems that in other encounters with these kiosks I went through a process of choosing what screen-hogging rugrat I wanted to have in the shot with me ... perhaps I just hit the "take picture" button without having walked through available menus) I would have positioned myself within the other half of the image area, and ended up with "selfies" unencumbered by would-be-flying toddlers.

Just in case you're feeling cheated by the very small block of thumbnails over there ===> you can click on it for a somewhat larger version, although not the 6mb monster that the original I threw together of the various images produced. The actual pics that show up in one's email are a decent size ... the image (within the border and behind the screen-obscuring kid) ends up around 635x475 pixels.