We were still somewhat sorting out what we were going to be covering over at Green Tech Chicago, and ended up attending some shows that Ed was interested in us eventually exhibiting at for the worm biz ... with the Chicago Flower & Garden Show being one of these. This was also where I found the limitations of my little HD Zip cam, which had a hard time picking up the voices of the folks we were interviewing, lacking an external mic jack. We ended up not being able to use about half of what we shot because of this ... resulting in my coming up with some "rules of thumb" for later interviews. 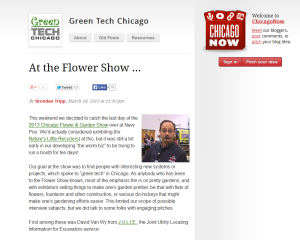 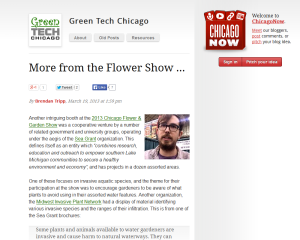 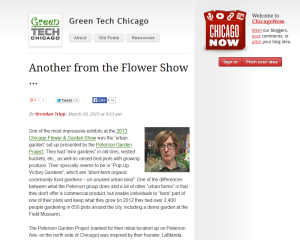 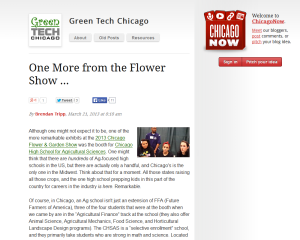 Of course, folks familiar with my bitching in this space will know that the no-mic thing in the affordable cams is an on-going frustration ... one with which I'm still trying to deal (I have since gotten a little Kodak camera with a mic jack, but am still trying to find a cable/mic combination that will allow for audio recording on both channels).

I got some book reviews cranked out yesterday, so will probably be coming back to you with those over the weekend ... so you'll get a break from these for at least a couple of days!