We're not quite up to a full year of Green Tech Chicago, but I've noticed a bit of a pattern ... one month we'll have LOTS of posts, the next month, just a few ... largely due to if we've been off to a conference and have a slug of interviews to put up. These six are from an "inbetween" period, with one from the end of March, two from April, and five from May. There is one conference thing in there (TEDxIIT), but I only shot one video there. 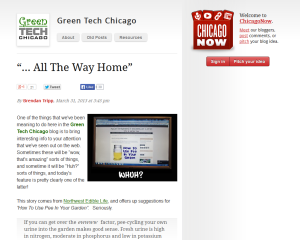 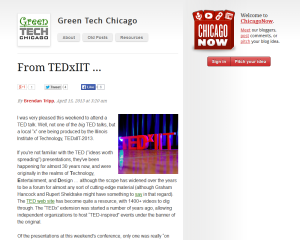 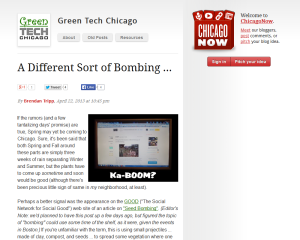 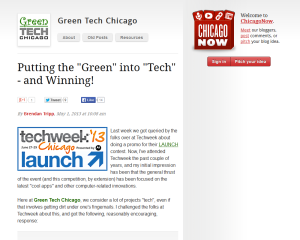 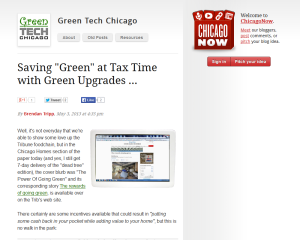 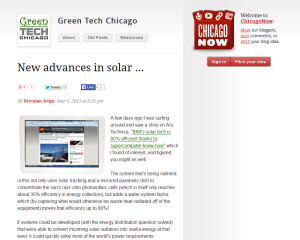 With my new job in The Land Beyond O'Hare, I don't know how frequently I'll be posting in GTC, as my time is now very limited (aside from the 9 hours at the actual job, I've got 5-6 hours of commuting), making it very hard for me to attend anything (heck, if I wanted to go to a networking thing at 5:30, I'd have to cut out of the office by 3pm!) ... so there are likely to be a lot more of those "monitor" pics where I'm featuring something that I saw online. Speaking of which, this post shows the evolution of how I was handling those ... from actual photos of a monitor, through a few attempts at a "frame" into which I can dump a screen grab ... the current version is a couple iterations past these, but that's why they're so different here.