So, my former-job client dropped a large editing project (3 manual to get into shape) on me last week, so I've been nose-down into that (yay billable hours!).

One thing I've noticed with doing this "writing for hire" stuff (as opposed to being a general "MarCom" guy) is that it sort of fills up all those "writing time" slots in my unconscious, and when I'm doing projects like that it's not so much that I don't have time for other writing, but that the tank's empty ... or something like that. 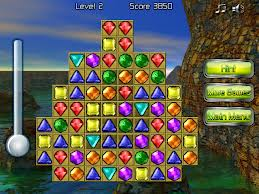 This blog suffers, Green Tech Chicago suffers, heck, even FB and Twitter suffer. No words for you!

One thing that I've found interesting is that my choice of on-line game distractions changes a lot when I have writing assignments ... the word games that I usually like are abandoned in favor of stuff like "Galactic Gems" ===>, using a whole different part of the brain. Go figure.

Anyway, decided I'd check in ... had a few things which I thought about posting over the past week but just didn't get around to "pulling the trigger". Have books to review, so you may be seeing those soon.