Heck, looking back, if you discount the book reviews (but you wouldn't want to do that, would you?), it's been two months since I've written anything chit-chatty in here. Bummer. Sorry about that. My bad. 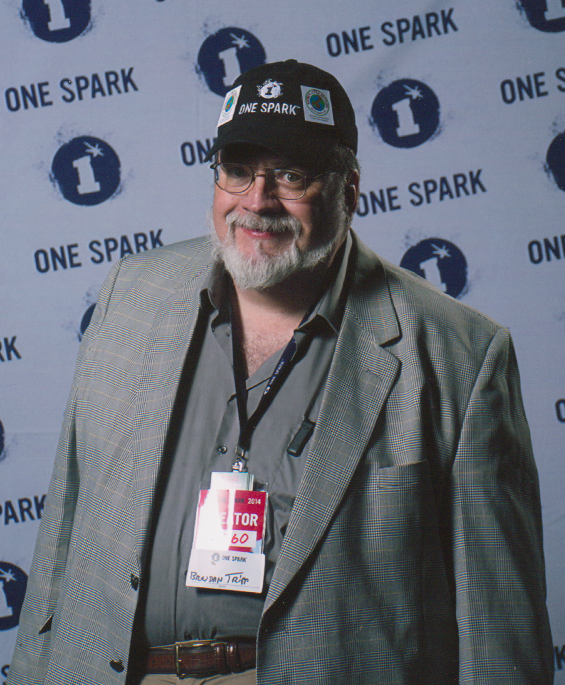 Since I wasn't in either a body cast or a coma, this absence could be written up to a mix of influences ... unfortunately, being depressed about stuff was a major piece of that pie-chart. While long-time readers of this space might be tempted to react with a sarcastic "oh, right!", I really do try to not use LJ to wallow in my misery, so I tend (at least these days) to just clam up when I'm feeling like crap. Of course, the other main reason that I might not be scribbling in here is that I'm very busy ... either with writing assignments (and before you get excited for me, this has NOT been the case), which I find leave me with few leftover words for my own blogging, or other stuff. Now, while the lack of writing assignments (and incoming $$$) is deeply entwined with the depression, there have been lots of "other stuff" which has taken up a chunk of time.

I do feel a bit of a need for a mea culpa here, as I had planned to have "live blogged" much of this, but said plans went (as is their wont) "aft aglay", and I barely got into my netbook, so the best I managed to do were Fousquare and Instagram posts from my phone. I'd probably have shared those in here (if LJ was a "share" option), but that would have soon been irritating, wouldn't it?

Anyway, from the 7th through the 14th of April, I was on the road with the NLR crew heading down to the One Spark "crowdfunding festival" in Jacksonville, FL, and the pic over there ===> is of me at one of the evening events. We had initially thought we'd have lots of free time, but soon found were were in a constant grind (trying to get votes) from about 5:30am till 11:30pm, which made it hard to do much of anything other than shill and sleep!

We ended up doing OK ... finishing in the top 5% of the 600+ "creators" exhibiting, and ending up 5th in the Science category (behind 4 very Jacksonville-specific projects, two of which were major institutions with a lot of local support). Unfortunately, the way the dollars went, we took a bath on this ... making back only about 1/3rd of the cost of the trip. Had the payouts run like in the first year, we would have been fine; but each vote was "worth" only a quarter to a third of what they'd been before.

Plus, the voting was pretty screwed up ... people could attend without any ticketing or entrance procedure, so they had to make a point to go to a registration kiosk to sign up their cellphone to be able to vote. This process was both somewhat cumbersome (having to download an app, register at a kiosk, and respond to a message), and bogged down with the amount of traffic. As is, unfortunately, the case with most events that depend on wireless service for voting (such as Techweek), it was nearly impossible at peak times to use the app, and it was a several-step process to vote when you did get through. This resulted in a ridiculously depressed vote count. The official number of votes was 120,493 versus an official attendee head-count of over 250,000 ... and there was no limit on the number of exhibitors one could vote for. If the average attendee only voted for 10 exhibitors (which would be less than 2% of the options), that means that only 1 in 20 people were voting ... which seems awfully low (given that they'd be being constantly asked to vote), especially since using the phone app was sort of being pitched as "the cost of attending" (see my Built in Chicago post). We ended up with 591 "official" votes, but our own "guesstimated" count (from responses in the crowd and at our booth) had us expecting a total in excess of 2,000, so we were very disappointed when we saw the results (and we evidently weren't alone in our disappointment ... one of the "big check winners" commented from the stage at the closing event: "oh, boy, that's almost a dollar an hour!").

We did get a lot of visibility, and made a number of contacts (which may end up with us developing something for the worms down in Jacksonville!), so the trip wasn't a total waste, but it put me into a deep funk (Ed even asked, when I was getting set to drive, "you're not feeling suicidal, are you?") which ... along with the no-freelance-gigs things and the wife-on-my-ass-about-finances thing ... is still dragging me down at this point.

Anyway ... thought I'd catch y'all up a bit. I have more stuff to blither about, but will save that for later.