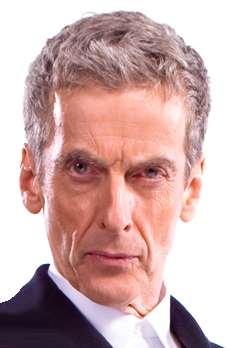 {Posted this on FB over the weekend, figured I'd share it in here as well ...}

OK, nerd that I am, I have been having Doctor Who stuff percolating in my brain of late, specifically about the personality of Peter Capaldi's new, 12th, Doctor.

Although Capaldi, as an older, accomplished, actor is likely to bring more "gravitas" to the role, he's also likely to be "lighter" than his predecessors, since he is the first Doctor since the Time War that is not burdened with the destruction of both the Time Lords and the Daleks. The guilt from his actions (avoided in The Day of the Doctor) to end the war was a MAJOR psychological component of the 9th Doctor, a rage trigger for the 10th doctor, and a shadow on the 11th Doctor ... all of whom had that massive weight to carry around.

Since the 11th Doctor had NOT used "The Moment" in his timeline, the 12th should be free of most of that (although likely still having emotional scars from the previous timeline). This should lead Capaldi's characterization to be closer to, say, the 4th Doctor ... mad, brilliant, and formidable ... without having that "I killed them all" stuff lurking right under the surface. I suppose that now-unrealized reality would inform certain character elements (i.e., the 12th Doctor knows what he has been capable of in other pasts), giving a certain caution to "trusting his instincts", but the guilt and self-loathing would be mostly gone.

Yes, this IS the sort of stuff that bounces around in my head when I'm working on other stuff ...