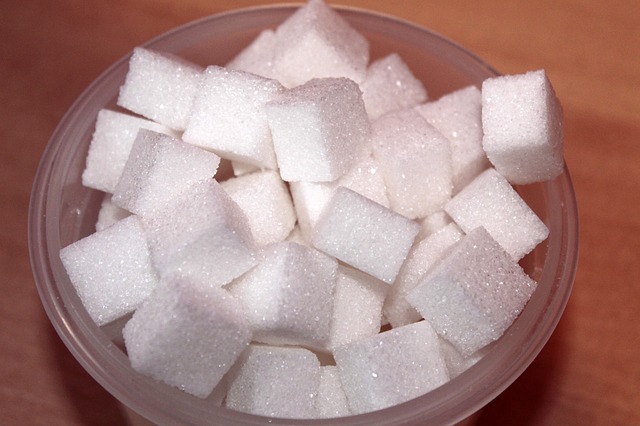 Back when I was a kid ... heck, well into my 20's ... I was a 3-spoons of sugar in tea or coffee guy ... it had to not only be sweet, but have enough in there so it would have texture. And, while I would drink diet sodas (I had a perverse liking for the taste of saccharine and cyclamate - I still have flavor recall from drinking that stuff out of the old pointy Sucaryl bottle) ... including the original Tab and the nearly bizarre old-style Diet Doctor Pepper (you had to have been there) ... if it wasn't coming out of a can or bottle, it was probably getting sugar added (which results in my being hardly able to come down too hard on my Girls when I see them shoveling sugar into their tea ... I did the same at that age).

This all comes to mind from my attending a networking event a week or so back. Now, as anybody paying any attention knows, I "don't drink", having quit cocktailing as of July 1, 1985 ... this is generally considered "a good thing" (although there certainly are a lot of days that would have been improved - from my perspective - by my crawling into a bottle of Gin or Tequila or Rum, etc.), but it often presents challenges at some networking events, where the focus is on LOTS of beer, or LOTS of wine, and maybe one lonely case of bottled water. Well, at this particular event they had beer, and some soda ... but it seemed like they had one 12-pack of Diet Coke, and a bunch of regular Coke and Sprite.

My tastes over the years have seriously shifted away from the sweet, to the extent that I typically use just a half a pack of Sweet&Low in my coffee or iced tea ... an amount that my 18-year-old self would have considered below the threshold of perception. Well, there I was, really needing to wash down some pizza, and I was faced with a choice of beer (which, obviously, wasn't going to be happening) or regular soda. So, I grabbed a Coke.

I could not drink it. I probably had 3 sips and then popped it into a trash can. I was shocked (not finishing food or beverages that I opt to take is not generally in my make up) ... but it was almost like a liquid candy, and just a general shock to the system. I'd seen stuff on the Web showing how much sugar was in regular soda, so I went a-Googling for the data, and it seems that in a 12oz can of Coke there is the equivalent (in corn syrup) of 10 sugar cubes, or about the same number of teaspoons. TEN ... or, if you want to get technical about it, 39g.

No wonder that my "savory/salty/spicy" current palate went "ICK!" when subjected to that.

But it made me wonder, did this happen by simply getting old(er), or is there some more commendable "maturity" factor at play here. I mean, I sort of weaned myself away from sugar (if not its chemical stand-ins) due to the calorie count. A can of regular soda runs about 150 calories, and in my soda-swilling heyday, I'd easily go through six to nine cans a day, which would represent a HUGE calorie hit if I was drinking "regular" ... but it's amazing to me how difficult it was to drink a single non-diet soda!

Yeah, I know, you probably don't much care about my relationship to sweeteners, but I was so surprised at not being able to drink that Coke that I really had to process through it in here. "LiveJournal - therapy in public" and all that. Heh ...