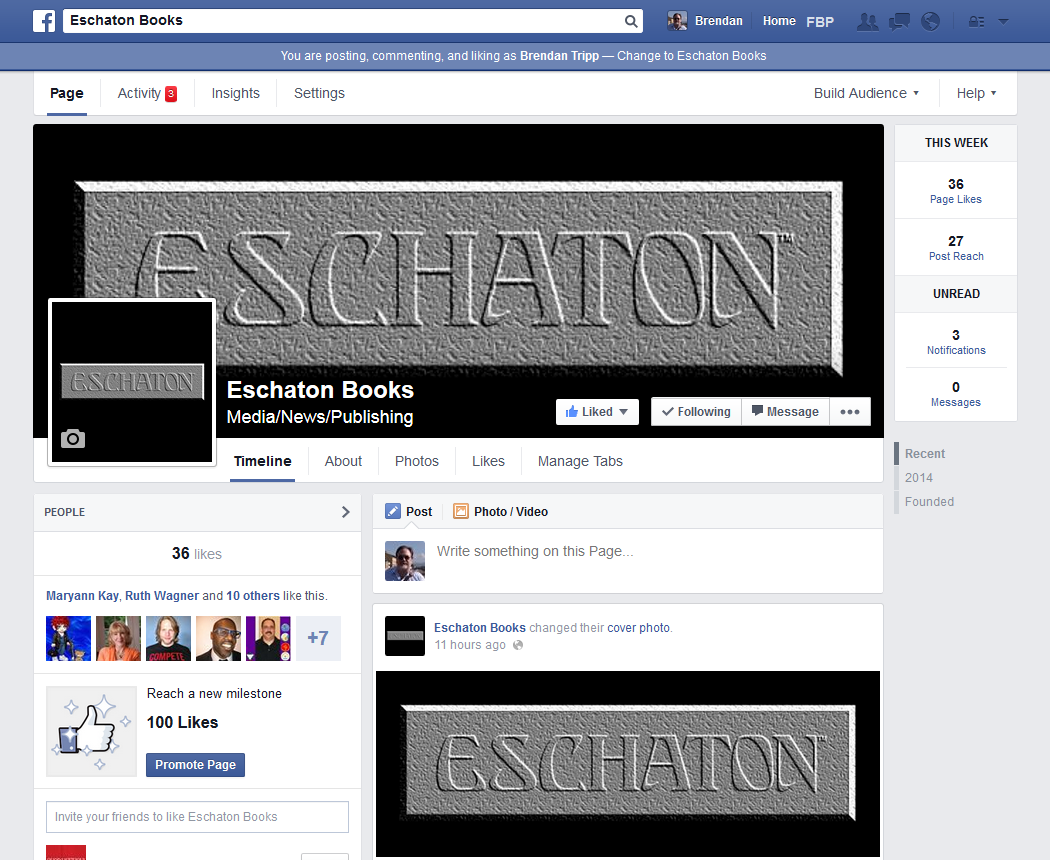 Yeah, finally set up a Facebook "page" for Eschaton.

Considering that this was its fourth incarnation (I kept thinking it was the third, but it went "BT's poems" to "Metaphysical Press" to "Virtual World Art Press" and now back to "BT's poems"), I suppose that there was plenty of excuse with Eschaton not being particularly active when FB was in ascendance.

I think I sent out invites to everybody on my "friends" list over on Facebook to go and "like" the new page, but just in case we're not connected over there, here's my suggestion that you, too, go give it some clicky-clicky.

I'm not sure, exactly, what I'm going to be doing with that thing over there. I would, mind you, like to actually sell some copies of these books, so the main reason I've got that up is to have a place that I can flog All Things Eschaton without it getting overly tiresome for those people paying attention to my main account on FB.

I'm probably going to foist a lot of individual poems, readings, etc. on folks over there ... so that's either an enticement or a warning (I guess) regarding clicking on that "like" button.