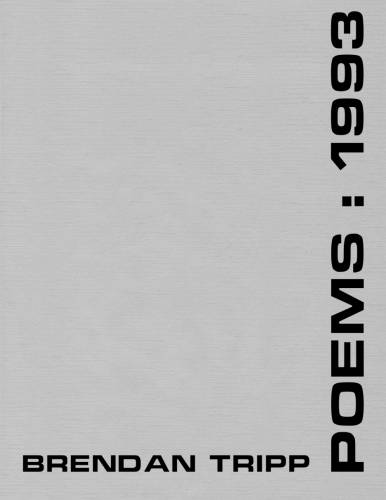 Of course, nobody's actually ordered any of these new poetry volumes, so they're almost as obscure as they were when they were lurking in PFS:Write files on old floppy disks ... but not quite.

POEMS : 1993 is the seventh collection that I got out in just over two months ... so that's pretty good. Yesterday, while watching the Bears game (and a few other shows following ... the time for converting a year of poems on my netbook is a minimum of 4 hours, and that's churning along at maximum efficiency), I got the 1995 poems converted (having recently done the 1994 batch), so there will be more coming out in the not-too distant future.

I also did a bunch of audio recordings back then. Unfortunately, these were stored on a now-defunct storage site, so I've likely lost all the originals. Some of these I did (in 2009) as videos, and I've been putting those up over in the new Eschaton Books Facebook page, if you want to check those out (and please "like" the page, and like and share stuff from there - I get so little "organic" views right now from FB).