So much for my "post every day" delusion, eh?

Been a bunch of stuff happening ... worked on getting a new poetry collection (well, an old poetry collection) out on Friday, plus working on the files for the long-delayed hardcover version of the CBWW now that WSI has picked up the reins on that and decided to fund that edition (after a certain somebody causing "the money to go sideways" on that, leaving WSI and me on the hook for everything - I'm still getting "hate reviews" on Amazon because of this!). I got up before dawn on Saturday to head out to the godforsaken suburbs for a meeting out at WFG. I've promised my group that they'll get me one day a week ... although I'm really looking forward to our getting an office going down at the Mart next month. Sunday, I was getting the last third of the master bedroom re-carpeted. This has been a hellish project, due to our building having old-style asbestos linoleum tiles, which means that NONE of the standard carpeting places will touch the project. Now, since we've been in here, we've had one of these places carpet our apartment twice, so what's the difference? The f'n mesothelioma lawyers ... these places can't afford to "expose" their crews to whatever negligible amount of asbestos might be involved in pulling up one layer of carpeting that's on top of those tiles and putting down another ... the minute one of them gets a sniffle, they're afraid they'd be off looking to find one of those legal bloodsuckers to sue the company. So, I'm reduced to using carpet squares. And, since we're living in the place, I'm having to play "furniture Tetris", which is why the back bedroom has had to be done in three sections. So, I spent most of the Superbowl pre-game moving furniture and prepping the floor, and the first half of the game putting down carpet squares.

Oh, speaking of the Superbowl ... the lone highlight was Lady Gaga's rendition of the national anthem ... which was pretty awesome. The game was a dog, the halftime show an abomination, and (admittedly, I wasn't paying real close attention what with all the carpet stuff happening) there weren't any commercials that really grabbed me (with the sole exception of the NFL's "Superbowl babies" spot that I thought was cool). Just as well I wasn't set into actually watching it with any level of intensity. I had been sort of rooting for the Panthers, since there were at least 3 ex-Bears (aside from Ron Rivera) that I would have liked to have seen getting rings, but the "Manning Fairytale" story line was OK ... I do hope he retires and joins his recent boss, John Elway, as the only players whose last NFL game was a Superbowl win. 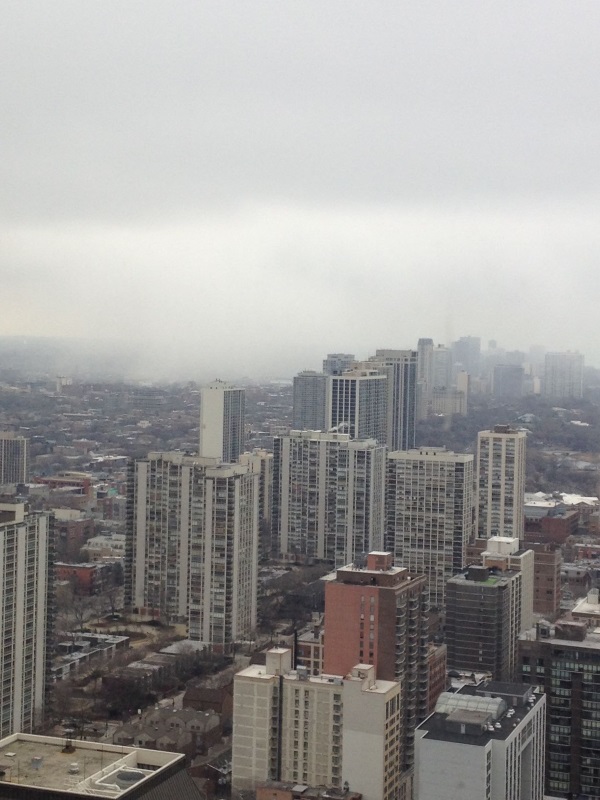 I've been doing a LOT of furniture moving over the past couple of weeks. The Wife has been on a tear for getting rid of as much stuff as she can get past me ... frequently without my approval and/or consent (one thing she did this weekend was throw out a LOT of "memorabilia" of The Girls that I really wanted to keep, but SHE considered just "clutter") ... which included her old dresser and a cabinet from our tutoring biz days last week, and this morning (and I only found out about it this morning) the entertainment center from the bedroom, and some other stuff. I'm left to do the (literal) "heavy lifting", getting this stuff down to the building's loading dock "on the sly" so we don't have to book (very expensive) elevator time to have outside services come up to get the items.

Then, once I got that stuff taken care of this morning, I had to turn my attentions to the NEXT thing ... a few years ago, our building did a huge project of replacing all the windows with new, fancy, multiple-layer windows, and the warranty on those is running out soon. The building had inspectors come through last year to see which windows might need replacing (there were 3 in our unit), and we've been waiting to hear when that was going to happen. Well, we got the word just last week that our windows were going to be replaced tomorrow, and that they needed a 3-4' "clear space" around each window in question to be able to work on it. Well, one of these is in my office. My office.

Now, those of you who have not been following along for the past 16 years might not recall this factoid, that "my office" is not just my "office", but my library (with something like 2,500 books), and pretty much everything that used to be in my old 1-bedroom apartment that The Wife did not want to "have out". In short, it's a room "packed to the gunnels" with all manner of stuff, including various generations of computers and peripherals. I spent the better part of 12 hours trying to dig out a 3' radius from the to-be-replaced window, trying to find temporary homes for the hundred of pounds of stuff (from multiple boxes of "to be read" books to what at one point had been a real fancy massive CRT monitor, to boxes of files, and everything in between), and schlep said stuff out of here (through the none-too-roomy pathway that runs through the room).

I'm sure it will please The Wife that I've decided to part ways with five of the seven old computers in here (I'm keeping two, as one has both a 5.25" floppy drive and a 3.5" floppy drive and the other has a 3.5" floppy drive and a Zip drive ... allowing me to access old data on those formats - making a transfer via the 3.5" floppies for which I have an external USB drive that will talk to my newer stuff). Fortunately, Best Buy is still taking old computers for recycling, unfortunately, they're no longer taking monitors (although they told me that Salvation Army will) ... so some time later this week I'm going to grab a ZipCar and run these up to those locations.

I'm also considering getting rid of my old electric guitars. "Back in the day" I kept buying guitars hoping that one of them would inspire me to actually learn how to play. That never happened. So I have cheap knock-offs (from Sears) of a Strat, a Flying-V and an Explorer (with push-button effects!), plus a pretty sturdy bass (I may keep the bass). I'm hoping that Daughter #2's school (she's in the Theater program) might want them for props, and I could drop them off when running the computer stuff around.

Anyway, I have been assured that people will be showing up tomorrow to take out existing windows and put in new windows, despite it being 23° out and snowing (see the pic of a snow front coming through today - click for bigger). I am NOT happy about having to do all this moving stuff around (and my window treatment in here got trashed in getting it down, dammit), and I just hope there are no screw-ups tomorrow - or high winds sucking the vast quantity of paper stacked up in here out the gaping void between when the old windows go out and the new windows go in!