This stood out enough to be notable, and so I'm noting it. 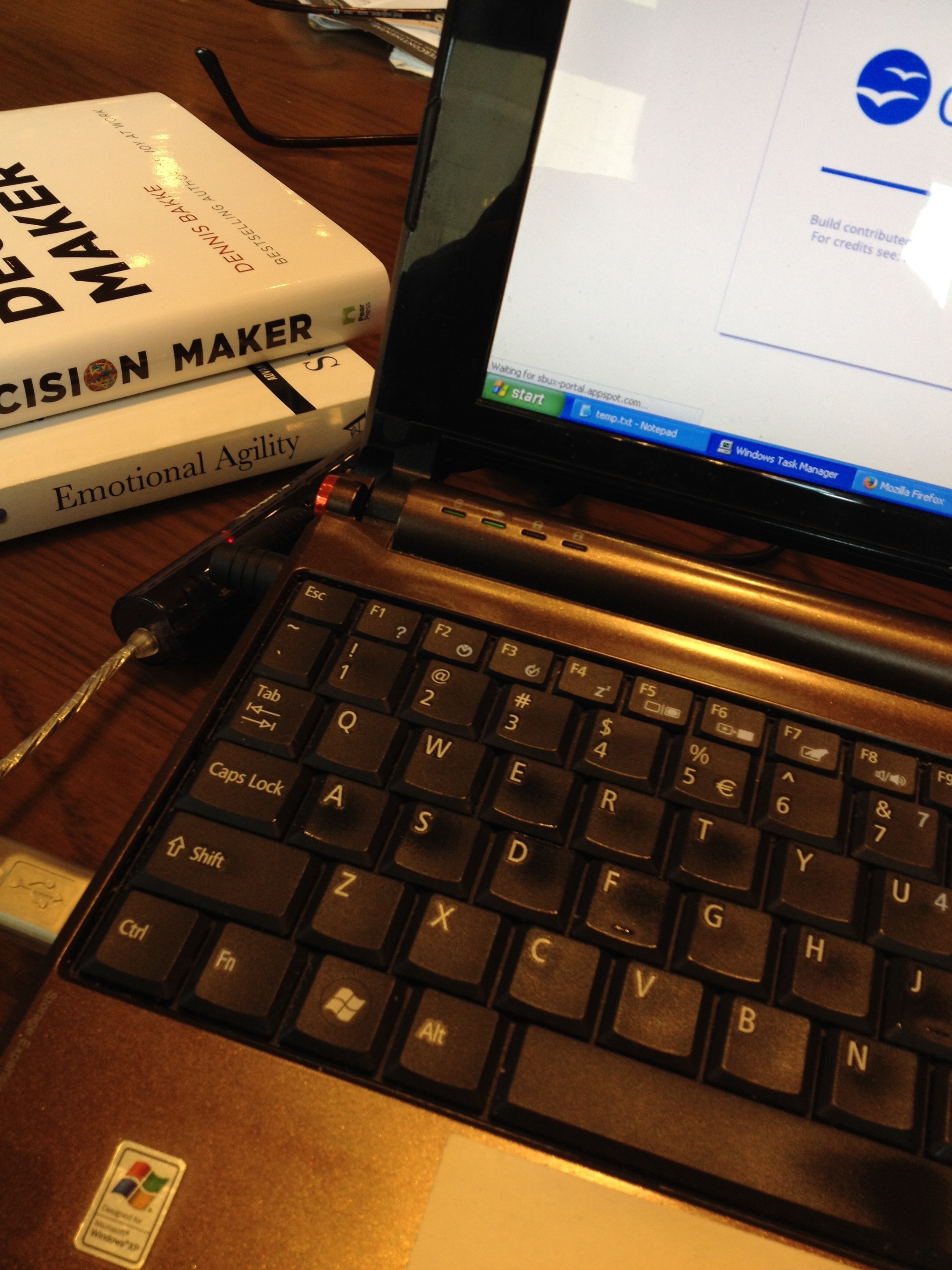 I went out on Monday night to write book reviews over at Starbucks. I had two books waiting my blitherings, and my usual 4-11pm "shift" over there should have been plenty to get that done. As it turned out, I just got the second review finished before they were going to kick me out (I guess I spent more time on surfing for sub-referential info that I should have), but I did get that finished.

I also had a "reading" book with me, that had a bit shy of an hour's left to go in it ... I'd initially thought I would have gotten to that when still at Starbucks, but I ended up back over at Mariano Park with it.

When I was sitting in the park, I felt awesome, like I had achieved something (the two reviews posted in the past two days), and was happy to get the book I was reading done.

Now, obviously, my life SUCKS ... I have no income, we're in deep shit ... but for that brief moment, nearing Midnight out in the park, everything seemed "right with the world", and I seemed to have some value in it.

As I said ... this is a vanishingly rare psychological state for me ... and it was wonderful.

When I got to my keyboard on Tuesday morning, I edited/posted the first of those reviews, and spewed the link out to all and sundry ... including (as requested - it was from the LibraryThing "Early Reviewer" program) a tweet to the publisher. They, evidently, really liked the review, and they were re-tweeting my tweet pointing to it, and posting their own referring to it. A few hours later the author also out there, not only re-tweeting the previous tweets, but quoting from my review. Needless to say, this made me feel GREAT.

So, I had an 18-hour period of time when I was not miserable, and where the universe wasn't trying to crush me like a cockroach. It was nice.

It would be really nice if this happened more than once a decade or so.

It would also be nice if I could make any MONEY doing the sorts of things that make me feel OK ... but that seems like an impossible dream (I have still yet to have sold a single copy of any of my review - or, less surprisingly, poetry - books). This world is set up to torture me in every conceivable way it can ... but this one brief flash of "good" was appreciated - no doubt in much the same way that a to-order "last meal" is appreciated by those heading to the noose.