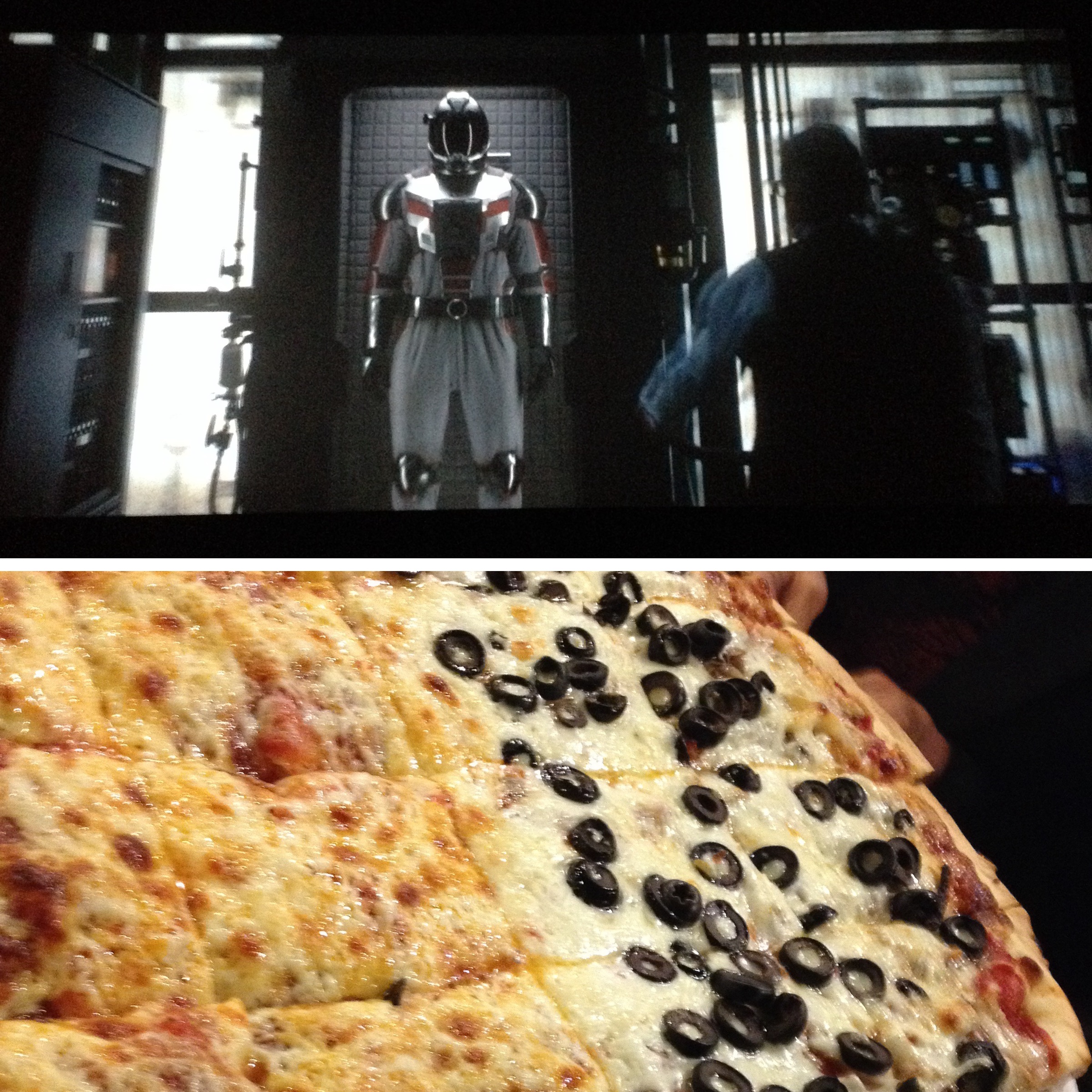 As I recently noted, going to the movies is "a treat" which I only occasionally indulge in (resulting on my having to "catch up" on 3-4 MCU films before I went out to see the latest Avengers film, as I knew they all led into plot points in that). However, it is very hard to convince most folks to go to a 10:30am show up in Evanston on Sunday mornings.

Daughter No.1, who's been in town all week, wanted to do a "family outing" to go see Ant-Man & The Wasp, and not only convinced The Wife to agree to the plan, but also sat her down with Netflix to see the first Ant-Man movie so she'd have a clue as to what was going on (well, up until the post-film vid - had to do a lot of explaining about that). They opted to go to a small theater a couple of miles up the block here (that a buddy of mine goes to now, having not followed my instructions for getting to the one in Evanston). It turns out that they are just about as cheap as the early shows at the bigger theaters - which is, of course, good to know!

So, we saw the movie (minus Daughter No.2, who had to work last night), and were casting about for a place to eat. I was suggesting that Pakistani place I've liked over on Devon (as the appropriate bus also stopped right by the movie theater), but got quickly voted down on that ... as were any of my other suggestions. It appears that Daughter No.1 was leaning towards pizza, so we ended up at Giordano's a block or so up the street.

The movie was pretty good, but had some points where it dragged a bit, and some other picky things that I find somewhat irritating. It also did a pretty sweet merge with the Avengers timeline, and I really liked Michelle Pfieffer as the original Wasp. I did some Googling to try to figure out who the un-named buyer/s were that the main bad guy was repping, and there only seem to be random theories out there as to that. It seems that it would be a bit of an over-stretch to have that be Hydra, but it would be cool if that was serving as an intro into the MCU of the Fantastic Four, with the buyer being Dr. Doom.

Oh, and as you can see in the pic over there, we opted for a thin-crust pizza, half the way Daughter No.1 wanted it (garlic and pepperoni), and half the way The Wife wanted it (mushrooms, onions, and black olives). I am fortunate in being a non-picky eater, and will pretty much scarf down anything put in front of me ... so my specific opinion for shared food rarely counts.

Anyway, it's been ages since we've been out like this!