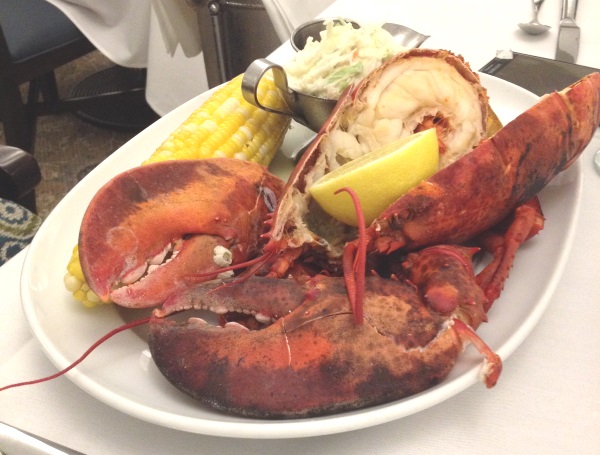 I must admit, it's been years since I've had lobster (it's the sort of thing that gets crossed off the "need to buy" list early on in being broke), so I was thrilled when my client up in Evanston invited me up to a special dinner with some other of her contacts. I suppose I should have come hungry, as it was a "as many as you'd like" deal ... although I only got through one plate full.

It was an interesting evening on a number of levels, some of which I'm not going to talk about, but included one of our table mates having to call an ambulance and head back to the hospital she'd checked herself out of the day before (the doctors thought she needed more time there, and I guess she came to that conclusion as well about half-way through dinner!). Nothing like having drama to go with dinner.

I was impressed that they'd done a great job on the lobster - not tough or dried out, but nicely done, with lots of drawn butter. This came out with a twice-baked potato, an ear of corn, and coleslaw, and the dinner package included a (one) shrimp cocktail, and strawberry shortcake for dessert. Again, after not having lobster for a very long time, it was quite the treat.