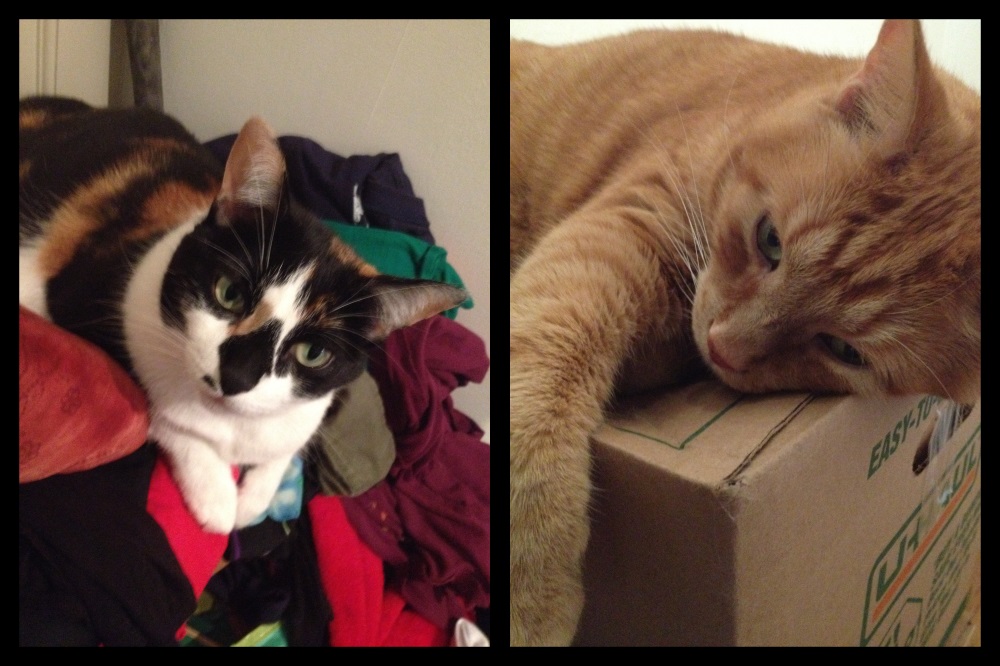 It's hard to miss over on Facebook ... but I never "get the memo" on these things in advance ... it does appear to be "International Cat Day" (which for some odd reason makes me think of a Sade song from back in the day), so here's some kitty pictures (click for bigger).

Those are Lily and Jackson ... who are siblings obtained at PAWS the day that Michael Jackson died (bizarrely, Jackson was not named in tribute, but there must have been some weird psychic leakage of that which got into The Girls' heads when they were coming up with names), which also happened to be The Wife's birthday, and she was wanting a calico to replace the one (Dusty) who had recently died.

Needless to say, we headed up there looking for one cat, but there was this brother-and-sister pair that had been the runts of their litter (Jackson is a big cat, hard to imagine him as a "runt") that had just come in from a stay with a foster family. We couldn't see breaking them up at that point, so ended up with both.

As I've previously noted, I've never been much of a "pet person" as I'm usually so distracted that their care and feeding tend to be something I need constant reminding of, but The Wife came as a package deal with "Miss Nikki", a calico that her sister had given her at one point, so I started getting used to having "livestock" around. When Nikki was with us, I was running Eschaton Books, and was typically at my desk 14 hours a day, and when nobody else was in, she'd wrap herself around the base of my chair in my office ... always putting various body parts in jeopardy if I were to suddenly back up from the keyboard (and it was not uncommon to hear a yelp as casters ran across her tail). Over the years we've had fish, a whole procession of parakeets, guinea pigs, and a rabbit as The Girls grew up. We currently have two cats, two parakeets, one turtle, and a recent addition of a hamster. And you can guess who (aside from dealing with the cats) has ended up keeping most of the critters cleaned up over the years.

Anyway, Lily and Jackson want to wish everybody out there a happy "International Cat Day", and remind you to send treats (or whatever one does in celebration of this estimable holiday).