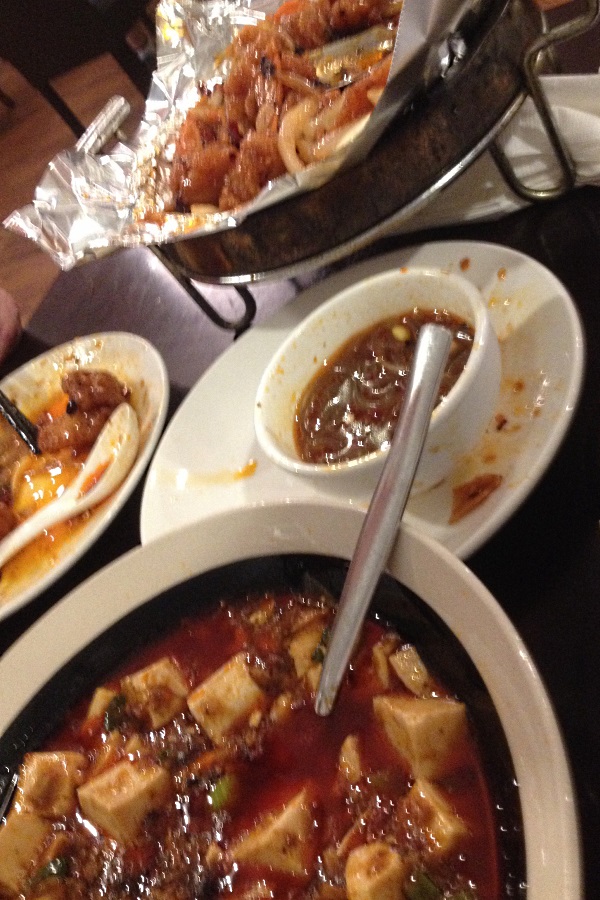 As I've mentioned (no doubt ad nauseam), I've been without a regular paycheck for a very, very long time ... despite all efforts (thousands of jobs applied for, etc.) to reverse that trend. I have gone through phases where I was doing freelance writing, web development, graphic design, video work, social media, etc., for an assortment of organizations, but this is not one of those phases. In fact, I'm down to one client, up in Evanston, who is a long-time friend who has lots and lots of projects that she needs back-up on. While I'm not getting paid much hourly there, the gig does come with perks, including accompanying her out for meals.

We typically (well, unless we're off in the suburbs on errands) end up at some place or another in downtown Evanston, and tonight it was back to Peppercorns Kitchen, a Szechuan-based Chinese place a couple of blocks from the Davis St. el stop. We've been there before (and my client orders in from them frequently), and they have quite a menu of mostly hot dishes. It (and another place a few doors down the block) both cater to the large Chinese population at Northwestern University, with items available that one might not find at most American Chinese places ... stuff like "Entrails of Sheep Soup", "Green Peppercorn Frog", "Clear Noodle w/ Pork Intestine", "Ox Tendon and Maw in Chili Sauce", and the no-doubt popular in some circles "Pig Brain". The menu options are reflected in the dining room, where there were about 3 tables of gringos and 10 tables of Chinese eating there.

We steered clear of much of this (although we did have a pork belly dish that wasn't the "cubes" of pork belly featured in most other cuisines, but "sheets" like wide noodles that was odd looking, but tasty), with the two entrees in the pic being their wonderful Ma Po Tofu, and a "sizzling" fish dish. Needless to say, it's great to go out for some "real" restaurant food ... since if I'm picking up the check it's likely to be at some place like my regular China Palace, which is more of a to-go kitchen with a few tables!