Oh, come on ... somebody out there had to be wondering. 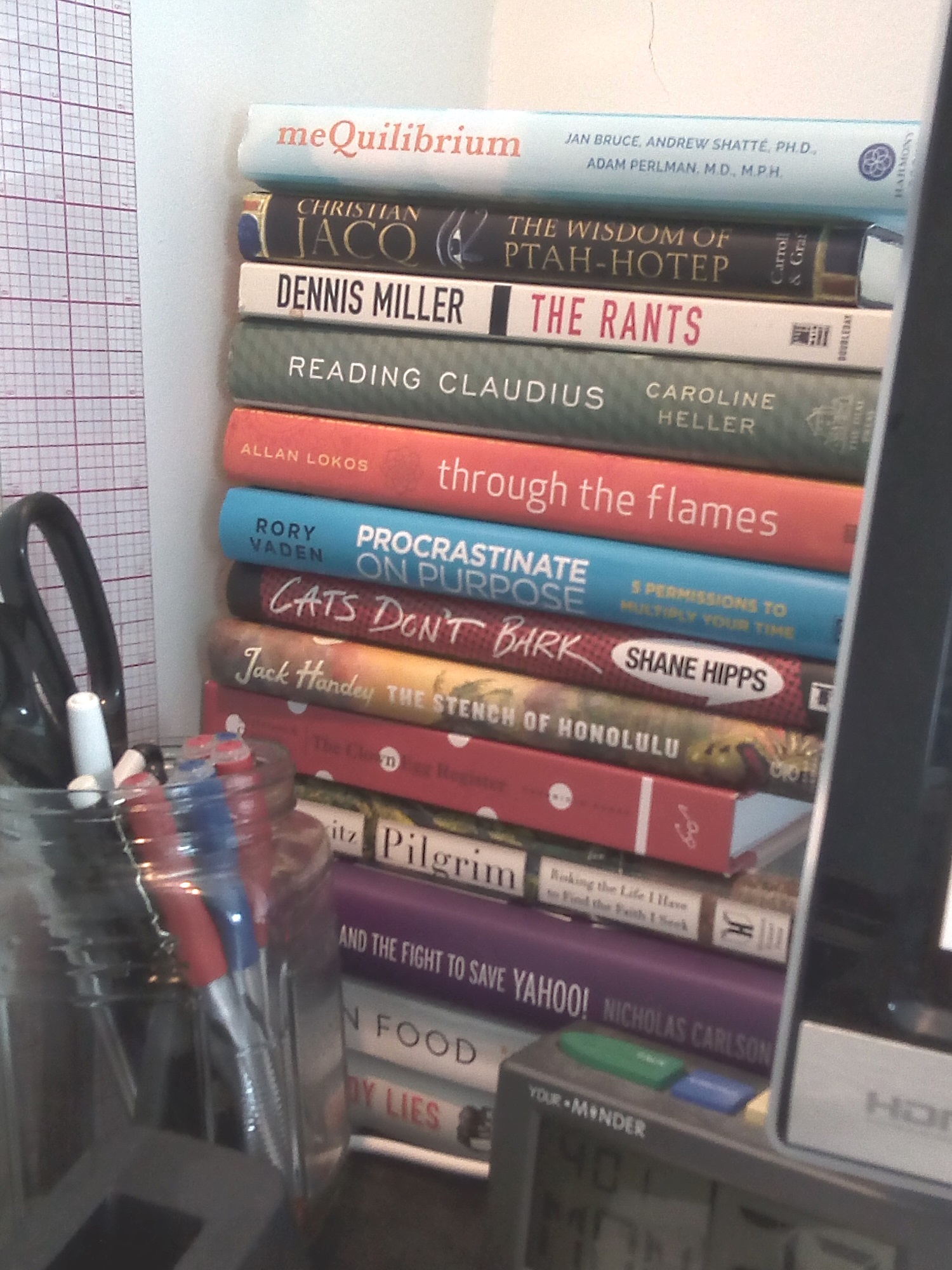 It's been since the end of JANUARY since I got a book review up. And I hate myself for it. However, the level of chaos that had been intruding in my existence just shut that down. Hell, since the time of the move, I've only read thirteen books (see pic) largely because all my places to read are now 7-8 miles away, and I have yet to find "suitable replacements" up on this end of town - which really sucks.

What really really sucks, though is the DISASTER that struck in the move. I had boxes ready to go to storage or to get moved over here, but The Wife was hell bent on getting stuff thrown out and on the day when both the movers and the 1-800-JUNK guys were around somehow the box that I had my to-be-reviewed books in (and choice picks from my to-be-read piles so I'd have stuff to read here) got thrown out. Now, this was not the worst of the losses suffered in the move (not by a long shot), but I went from having 16-20 books awaiting my words of wisdom, to just a couple still in the bag with my netbook (although, obviously the to-be-reviewed stack has regenerated itself).

The other issue, similar to the one on finding a place to read, is that I've not found a place to write. As I've no doubt mentioned numerous times before, I find it nearly impossible to write book reviews at my desk. My old system was to grab my "review bag" and go the block from my old place to the big Starbucks at Rush & Oak at around 4pm, and then write on through till when they kicked me out at 11pm. Most of the other folks vying for spots at the big table were orientals working on med school work, or the like ... nice and quiet and focused. Up here, there's a Starbucks a couple of blocks away, but it closes at 9pm, and is stocked with burn-outs and other crispy critters who are more interested in loud arguments about who has the least comprehensible delusions ... that is, when they're not working the room for hand-outs ... NOT an environment to get any work done. :-(

My hope is that the new "library" here will provide the space/environment I need. The old library was tiny, and hardly a good work space, and existed in what had initially been a cloak room in more elegant age. The new library space has been part of the commercial area, most recently the lair of a seamstress/designer, which will include a small "air space" patio. I'm hoping that I can scope this out as soon as it's accessible, and figure out what space in there might work for me, and be the old guy who's always there, clacking away on his netbook. Anyway, I'm hoping that September will bring the reviews back again.

I still need to figure out what to do with the 16 or so books that I don't have on hand (with my bookmarks and notes) to do reviews of. This, especially in relation to a potential 2018 collection ... I'm going to see if I might be able to crank out at least a few hundred words on each from blind recall, or something like that.

Yep. Sucks to be me.