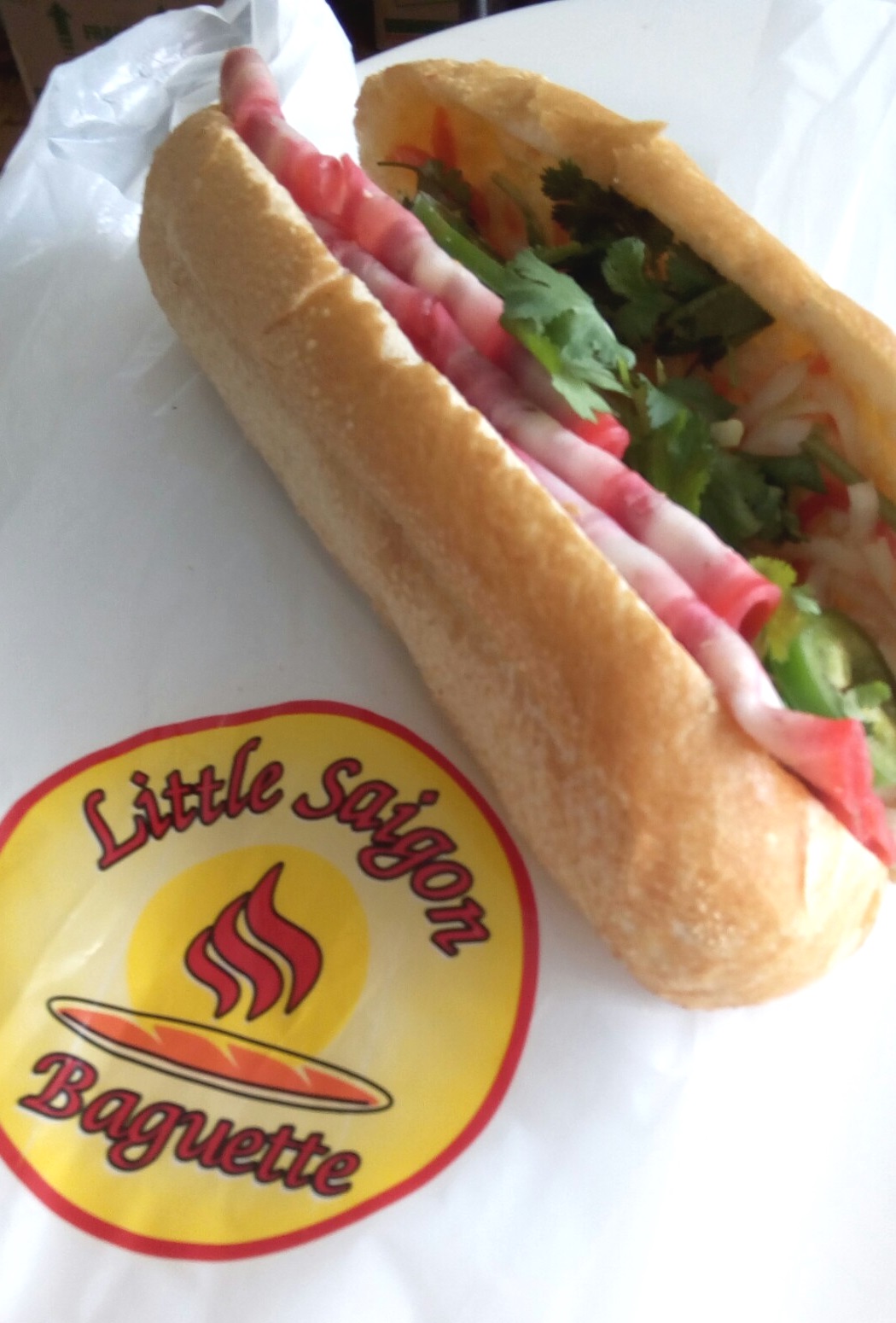 Down by the "old" Dollar Tree in the little strip mall below the Berwyn el stop, there is the Little Saigon Baguette shop, which I always find tempting going by (due to the large pictures of their sandwiches up on the windows - along with their very reasonable prices). However, once one gets into the descriptions of what's involved in many of these (I'm no fan of "head cheese", and I'd really have to work my way up to a whole sub featuring shredded pork in fish sauce), one ends up approaching this a bit more gingerly.

I did stop in there this afternoon, when I figured it was already too late for my other lunch options, and got a #12 featuring pork belly. This appeared in yet another form than what I've had previously ... sort of like sliced bacon, but more red like BBQ pork. This topped with a bunch of shredded veggie items, lending an odd, yet distinctive, taste to the whole.

If I was down by there more frequently, I'm pretty sure I'd grab sandwiches there more often, as the ones I've had were all winners, and one can hardly argue with the price (which ranges from $3.95 to $5.95). Aside from the sandwiches they have other more "mysterious" offerings, wrapped up in rolls and blocks, that I think one would need a "local guide" to steer through. One thing I really DO need to check out is their sesame "doughnut", which for a buck is a pretty substantial looking piece of fried goodness!

It's too bad that they didn't choose a single-syllable city name (like "Hue") to use instead of Saigon in the title, because "Little Hue Baguette" would scan beautifully to Prince's Little Red Corvette (come on, can't you hear the clap-clap?) ... or am I the only guy going around re-writing songs in my head to fit my surroundings?