the wild effusions of a distempered brain

Name:
BTRIPP
Birthdate:
24 September 1957
Location:
Chicago, Illinois, United States
Website:
BTRIPP.COM
External Services:
You know, I could go on with random drivel here ... but the raw data is on the other side of these links: 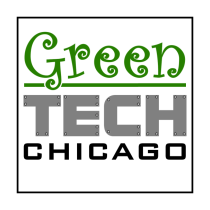 as well as still being the nominal blogger for the currently on-hiatus "The Job Stalker" ...

I do not feel obliged to believe that
the same God who has endowed us
with sense, reason, and intellect
has intended us to forgo their use.

Believe nothing, no matter where you read it,
or who said it, no matter if I have said it,
unless it agrees with your own reason
and your own common sense.

Religion is regarded by the common people as true,
by the wise as false, and by the rulers as useful.

The world holds two classes of men --
intelligent men without religion,
and religious men without intelligence.

Since it is obviously inconceivable
that all religions can be right,
the most reasonable conclusion is
that they are all wrong.

The most detestable wickedness, the most horrid cruelties,
and the greatest miseries that have afflicted the human race,
have had their origin in this thing
called revelation, or revealed religion.

Reality is that which,
when you stop believing in it,
doesn't go away.

The hardest thing to explain
is the glaringly evident
which everybody had decided not to see.

He who curbs his own thought,
to please a majority;
has already lost his mental liberty.

- Ragnar Redbeard
Extremism in the defense of liberty is no vice ...
and moderation in the pursuit of justice no virtue.

Democracy is two wolves and a lamb
voting on what to have for lunch.
Liberty is a well-armed lamb contesting the vote.

It takes all types to
fill the freeway!

Insanity in individuals is something rare -
but in groups, parties, nations and epochs,
it is the rule.

When the going gets weird,
the weird turn pro.

Hell is other people.